Goat’s milk has a lot of potential health benefit, and is often chosen as an alternative to cow’s milk since it’s easier to digest and less allergenic.

In many parts of the world such as South Asia and East Africa, goat’s milk is more popular than cow’s milk. In the UK, cow’s milk is still dominant, but other kinds of milk are starting to become more popular.

It’s now quite easy to buy goat’s milk in the UK; many large supermarkets stock brands such as St. Helen’s Farm.

However, it is difficult to find organic unpasteurised goats milk. Unpasteurised means the milk is raw and has not undergone heat processing, which destroys the nutritional content. We have found one farm that has organic raw goats milk on offer.

It can also be hard to find non-organic raw varieties.

To help you get your hands on some organic and raw goat’s milk, we’ve listed a few places you can buy it below.

There are some places which will deliver to you:

This milk is made by Hollypark Organics, that runs a farm in East Sussex. It has been certified organic by the Biodynamic Association.

This milk is sold frozen and can be stored in the freezer for about 4 months before going off. In the fridge, it will last about 4-5 days.

Although it is not always in stock, you can buy from them online here. 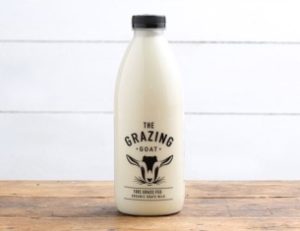 The farm is a certified Pasture For Life farm and is dedicated to animal welfare.

The milk comes in a 1-litre recyclable plastic bottle. You can place your order here.

Check your area for suppliers

You can see a list of raw and unpasteurised milk suppliers here. The list details all types of raw milk, and is not specific to goats milk.

Even though getting your hands on Holly Park Organics Raw Goat Milk from other suppliers is difficult currently, you can obtain it from the farm directly which is in East Sussex.

Ellie’s Dairy is a raw goat’s milk and cheese producer in Kent. They are not organic, but they farm as traditionally as possible.

They sell their products direct to your door and can be delivered by overnight courier in the UK. Email the farm to receive the latest information (see here). You can find their Farmer’s Market schedule here.

Polmarkyn Dairy is an unpasteurised goats dairy farm in Cornwall, and can deliver direct to your door, or you can stop by theirs. 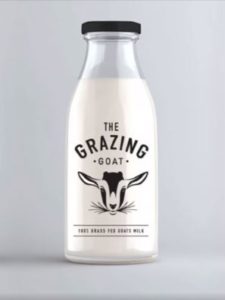 You can also order the milk online here.

The Butterfly Lodge Dairy is based in Colchester and produces raw goat milk and is also known for its award-winning luxury goat milk ice cream, goat butter and goat cheeses.

You can message them on their Facebook page to place your order and they will message you back to let you know when your order will be ready.

Goatylicious is a farm based in Abergorlech, Wales selling fresh raw and pasteurized goat’s milk.

While some people will say that humans shouldn’t consume any animal milk at all, there are several potential health benefits of goat’s milk, especially when compared to cow’s milk:

The main disadvantages of goat’s milk are that it’s more expensive than cow’s milk and also harder to get hold of. It’s also important to note that while it usually contains less lactose than cow’s milk, it’s still not recommended for those with lactose intolerance.

To be classed as organic, goat’s milk needs to be produced to certain standards according to EU regulations (source). These include the following:

Organic farming is better for the environment, and organic goat’s milk contains higher levels of omega 3 than non-organic varieties (source).

You can see a selection of sheep and goat’s yoghurt at Abel & Cole here.

One of the suppliers listed (Vrai) are French so not local, but it comes highly recommended and readily available at the time of writing. They also offer desserts with both cow and sheep milk (all organic).

You can also try kefir made from organic goat’s milk. 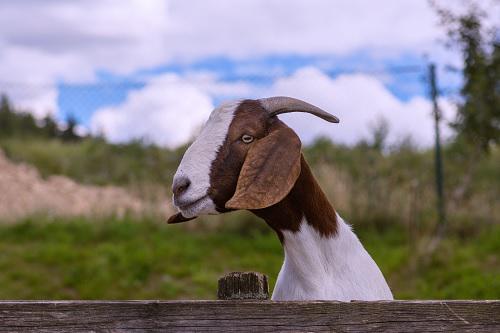 Unlike sheep, goats don’t produce lanolin (a wax that acts as a waterproofing layer in sheep’s wool). This means that they need more shelter, and are usually kept inside when the weather is bad.

Goats aren’t native to the UK and were introduced in Neolithic times, around the same time as cows and sheep.

Although goat milk has many health benefits, we urge you to consider going vegan.

There are multiple types of vegan milk that you can try – soy, almond, cashew, coconut, oat, hemp, or rice.

We recommend oat or hemp milk if you live in the UK, as it would be the most environment friendly.

Shifting to raw and organic goat’s milk is a healthy choice, it will give you many nutritional benefits, and you would be less prone to allergies.

Moreover, buying directly from a farm ensures you get natural and unprocessed milk.