The short answer is: No, you can’t buy raw milk in UK supermarkets in 2019.

Raw milk is a controversial substance these days, and even an illegal one in many parts of the world.

In England, Wales and Northern Ireland, raw milk is available to buy directly from the producer, but is not allowed to be sold in supermarkets.

Once considered one of the most nutritious foods nature had to offer, milk and other dairy foods are increasingly shunned by the health conscious as farming practices decline.

Most milk these days contains growth hormones and antibiotics, and cows can be subject to inhumane and disease-ridden lives due to industrialised farming practices.

Raw milk is condemned by many food safety authorities as unsafe because it hasn’t undergone the pasteurisation process, which improves safety, but may also destroy almost everything that makes milk good for us.

Yes, supermarket milk is always pasteurised. This means it has been heat treated to kill bacteria.

You can buy unhomogenised milk in some supermarkets, but it will still have been pasteurised.

From Raw Milk to Pasteurised

It’s thought that humans have been drinking milk of some kind since the Neolithic period – for around 10,000 years.

All of the milk consumed for thousands of years was raw, until the process of pasteurisation was discovered in 1864.

French scientist Louis Pasteur developed the process after he discovered that heating wine prevented it from spoiling. Pasteurised products are typically heated to 50-60°C for short periods of time to kill microbes that can affect human health.

Dairy products, juice, canned foods, beer, eggs, wine and sauerkraut are some of the foods and drinks that are commonly pasteurised.

Long-life milk of the sort that you find in the non-refrigerated shelves of the supermarket are ultra-heat-treating or “UHT” milk which has been heated to 140°C. This milk can be labelled “ultra pasteurised,” though it has technically been sterilised, rather than pasteurised.

Most milk on the supermarket shelves has been homogenised as well as pasteurised. Homogenisation is a completely separate process from pasteurisation and has nothing to do with food safety.

Unprocessed milk naturally separates as the fat floats to the top, leaving the rest of the (water based) liquid at the bottom.

Homogenisation is a purely “cosmetic” procedure which breaks up the fat molecules into smaller pieces that uniformly distribute through the liquid, without separating.

As homogenisation doesn’t affect the safety of milk, it is legal to sell in supermarkets, though it is fairly rare.

Yorkshire based Acorn Dairy is one example of a company that sells unhomogenised but pasteurised milk in supermarkets, including Morrisons and Waitrose.

Raw milk is milk that hasn’t undergone the pasteurization process. It is essentially fresh from the animal and goes directly into refrigeration, rather than the extra steps of heating and homogenization that “regular” milk goes through.

As you may have guessed from such a controversial substance, drinking raw milk comes with a number of both advantages and risks.

There are a few benefits to choosing raw milk over pasteurised versions:

The risk with drinking raw milk is the possibility of consuming dangerous pathogens. Pasteurization kills bacteria, viruses and other organisms that can cause serious health problems and even death.

People with weakened immune systems, pregnant women, children and the elderly are at the most danger for contracting a serious illness from drinking raw milk.

The US Centre for Disease control and Prevention (CDC) lists listeria, salmonella, e.coli and campylobacter as bacteria linked to food poisoning from raw milk consumption. Tuberculosis, diphtheria, typhoid, and streptococcal infections are among the other pathogens that raw milk may carry.

If you choose to drink raw milk, it’s important to get to know your source.

Hygienic farming practices, high-quality feed and healthy animals are essential in minimising the risk of contracting a pathogen from raw milk. 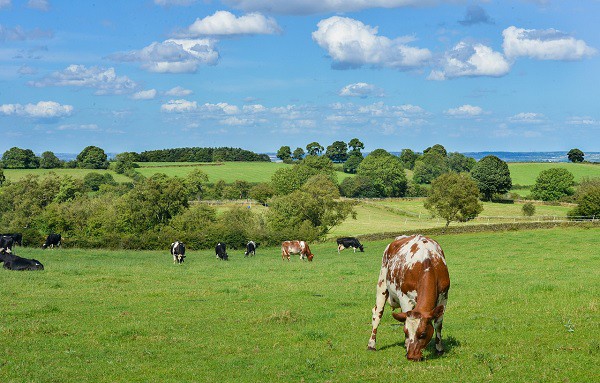 Laws for Selling Raw Milk in the UK

Raw milk can be sold under certain conditions in England, Wales and Northern Ireland, but is completely outlawed in Scotland.

According to the British Food Standards Agency (FSA), raw cow’s milk can only be sold to consumers directly, but never through a retail outlet like a grocer or  supermarket. Farmers can sell directly to the consumer though outlets including the farm itself, a farm owed catering operation or shop, a vehicle used as a shop premises and at a farmers market.

In other words, the farm MUST operate their own selling outlet and have direct contact with the consumer. Many farms also use online shops to sell their raw milk these days.

All raw milk must display a health warning such as, “We are obliged to inform you that this milk has not been heat treated and may therefore contain organisms harmful to health.”

Raw milk dairies must also adhere to stringent hygiene rules, and submit to twice-yearly inspections plus a quarterly test by Dairy Hygiene Inspectors to ensure that the milk adheres to microbiological standards.

All animals from herds that supply raw milk must be free from brucellosis and tuberculosis.

Raw cream, as well as milk from non-bovine animals such as sheep, goats or buffaloes have similar but slightly different regulations.

Where You Can Buy Raw Milk

Only around 100 raw milk producers still are still in operation around England, Wales and Northern Ireland. There aren’t any in Scotland, where it’s illegal to sell raw milk.

You may be lucky enough to contact a raw dairy producer at your local farmer’s market, but most farms need to be contacted directly by you.

Many have online shops where you can order milk and other raw dairy products like cream, butter and cheese.

Some raw milk dairy farms include GazeGill Organics in Lancashire and Appleby’s Farm on the Wirral.

For some more information, see the article below:

Even though raw milk does carry a stigma in the food safety world, it shouldn’t be forgotten that humans consumed raw milk for many thousands of years before pasteurization was even invented.

Sushi, raw eggs and even raw meat dishes like beef carpaccio always carry a higher risk than their cooked versions, yet many of us enjoy these foods on a regular basis.

Is milk any different?

As with any dietary choice, it’s important to do your own research and make your own decision using all the information available.