The BBC’s Blue Planet II documentary series, which first broadcast in 2017, did a great deal to highlight the devastating effect plastic waste is having on the oceans and marine wildlife.

The series showed shocking images of plastic-filled seas, which are becoming increasingly toxic and dangerous environments for whales, fish and other wildlife.

It’s clear that something needs to be done, but why is all of that plastic in the ocean in the first place?

Who is to blame?

Does this plastic waste have anything to do with the plastic you use in your everyday life?

Many people assume that particular countries or companies must be dumping plastic waste directly into the ocean, but the reality is more complicated.

Whenever we use plastic products, there’s a possibility they may end up in the ocean, even if we try our best to dispose of them properly.

How Does Plastic End Up in the Ocean?

Most plastic in the ocean got there by first entering rivers, and then being carried into the sea.

Since plastic items are usually small and light, it’s easy for them to be blown into rivers.

It’s estimated that around 80% of plastic waste in the ocean originated as waste on the land, rather than being dumped directly into the sea or lost from ships.

There are lots of different ways that plastic waste can enter the seas:

Normally plastic enters rivers first, and then flows into the sea.

The largest rivers in Asia make a particularly large contribution. This 2017 study estimated that around 90% of plastic flowing into the oceans from rivers entered the oceans from just 10 rivers.

This data has inaccurately been reported as meaning that 90% of plastic waste in the ocean comes from just these rivers, but the study only looked at plastic entering the ocean from rivers, not total plastic waste.

The ten rivers contributing 90% of plastic flowing into the oceans from rivers are:

These rivers all pass through heavily populated areas. In many of these areas, waste management and recycling facilities are inadequate.

Asia contributes for around 80% of plastic leakage from land into the ocean (source), but this doesn’t mean that other parts of the world don’t play a part too.

See the infographic below for some shocking stats on plastic pollution in the oceans. For some more stats, see this article: Plastic in the Ocean Facts.

A 2015 report published by the McKinsey Center for Business and Environment estimated that the oceans could contain “upward of 150 million metric tons of plastic, based on global plastic production since 1950”.

Using this data along with estimates of how much plastic is entering the ocean each year, it’s likely that there are over 180 million metric tonnes of plastic in the ocean in 2019.

A 2015 study in Science journal estimated that 4.8 to 12.7 million metric tonnes of plastic entered the ocean in 2010. It’s safe to assume the amount entering the ocean in 2019 is at least as high.

The estimate in this study gave a very large range: 4.8 to 12.7 million tonnes. This reveals how difficult it is to give a very precise figure for the amount of plastic waste entering the seas.

When Will Plastic Outweigh Fish in the Ocean?

According to the World Economic Forum’s The New Plastics Economy report, published in 2016, the plastic in the ocean will outweigh fish by 2050.

Where Does Plastic Go in the Ocean?

This is worrying as it would be incredibly difficult to remove this plastic from the ocean floor.

Some plastic also collects in large clumps which get caught in gyres (circulating ocean currents).

The biggest in the world is the ‘Great Pacific Garbage Patch’, which lies about halfway between California and Hawaii and is estimated to be about 1.6 million square kilometres (roughly three times the size of France).

This collection of plastic waste isn’t a continuous island of waste, and isn’t visible from space.

How Does Plastic Effect Marine Life?

Studies show that higher and higher percentages of marine wildlife and birds are ingesting plastics.

This can prove deadly. This study found that sea turtles had a 50% chance of dying once they’d ingested 14 pieces of plastic.

It’s not just eating plastic that kills marine life. Marine animals and fish can also get entangled in bits of plastic.

Plastic doesn’t biodegrade. It breaks down into microplastics, which are eaten by marine life and then enter the food chain.

These microplastics also pollute the water and release toxins. 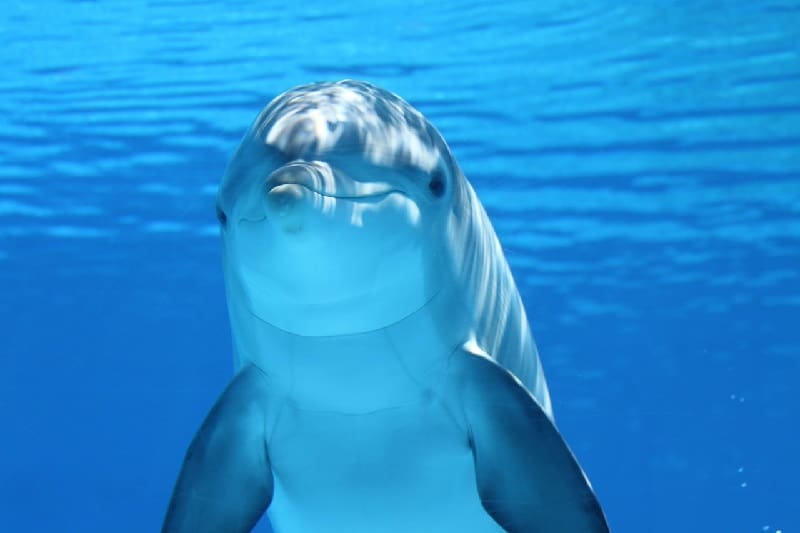 Governments across the world are starting to pass regulation to tackle plastic waste:

A lot of regulation has been proposed but has yet to come into force. This includes: 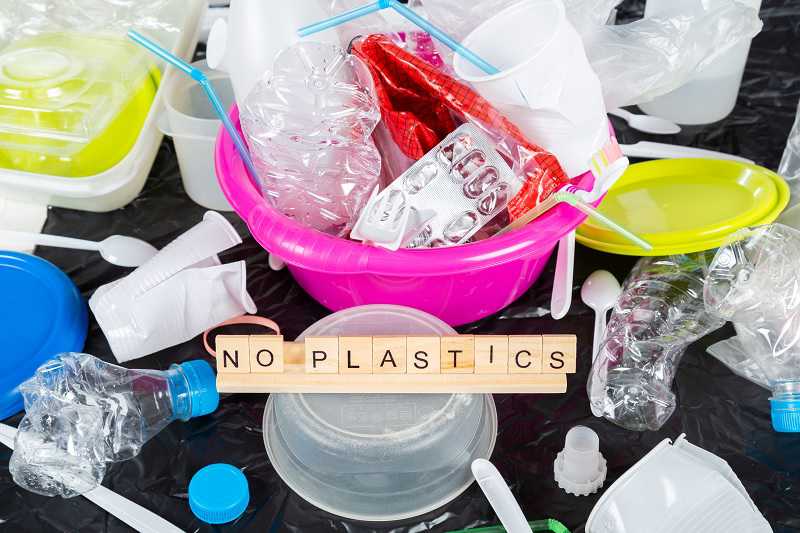 Plastic is very versatile and is relatively cheap and easy to produce. It can be formed into almost any shape, which explains why it’s found in almost everything.

If we want to reduce our reliance on plastic, we’ll need to find viable alternatives.

Some items such as plastic straws can be easily replaced with fun alternatives such as pasta straws.

For many other products, finding cheap plastic alternatives is more difficult.

Here are some of the main materials that can be used to replace plastic:

As you can see, none of these alternatives are ideal. More research is needed into biodegradable and eco-friendly alternatives to plastic.

As it stands, plastic is just too useful to give up right now.

Is Recycling the Solution?

A study by the University of California, Santa Barbara, estimated that 8.3 billion metric tonnes of plastic were produced globally between 1950 and 2015.

This would be enough to cover the whole country of Argentina.

This low rate of recycling is due in part to inadequate recycling programmes and facilities, but it’s also due to the difficulties of recycling plastic.

Plastic is often too dirty to recycle, and each type of plastic needs to be recycled separately.

Sorting plastic by type is inefficient and expensive. Recycling uses lots of time and energy and produces pollution.

One study cited in this article even concluded that recycling more than 10% of waste produced cost the environment and economy more than it helped.

Even when plastic is being recycled, it’s often stored in the open air where it can be blown away and eventually enter the oceans.

Recycling is part of the solution to the global plastics crisis, but it’s not the whole solution.

Can We Get the Plastic Out of the Ocean?

With the amount of plastic accumulating in the ocean growing every day the natural question to ask is, how can we get the plastic out of the ocean?

Most of the plastic in the oceans is on the ocean floor, which will obviously be very difficult to clean.

Beach cleans can play a part in cleaning the oceans, but only a tiny fraction of the total plastic waste gets washed up on beaches.

What Can You Do?

There are lots of things you as an individual can do to help save the world’s oceans from plastic waste. However, this global problem requires global solutions.

Here are just some things you can do:

2 thoughts on “How Does Plastic End Up in the Ocean?”