In a bid to listen to customers and reduce plastic pollution, the supermarket chain Morrisons and the chemists Boots have recently announced plans to reintroduce paper bags in their stores.

This has been met with a backlash from environmental experts across the UK who say that this is a huge step backwards when it comes to reducing our environmental footprint and becoming greener consumers.

But why? Paper bags seem like a great alternative to those plastic bags we’ve seen spilling out of semi-decomposed whales’ and turtles’ stomachs, so what is the truth here?

Why don’t UK supermarkets switch back to using paper bags like our cousins across the pond in the USA, instead of charging for plastic bags? 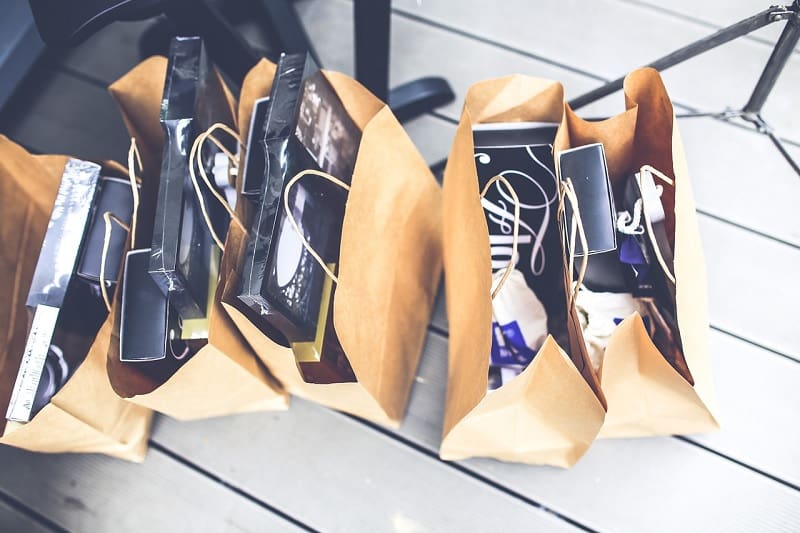 Catch them with a sharp corner on one of your groceries and you’ll be faced with a rip or tear that will only get worse.

If they get wet (which is probably 99.99% likely to happen here in Britain), they lose their strength and disintegrate, leaving your shopping spilling onto the pavement.

2. Paper bags can be hard to carry

Paper bags are great if you have just one or two small items such as bread rolls, snacks or fruit. But they’re notoriously difficult to carry if you have heavier items or you don’t have your own transportation.

Often these bags don’t have handles either and so you’re left trying to roll up the top and hold on as best you can. Even if they do have some kind of handle, they often aren’t strong enough to carry your grocery shopping.

Unlike plastic bags, paper bags aren’t often reused because by the time you’ve come home from your shopping trip, they’re far too ripped, crumpled and damaged.

If they survive, they’re likely to get folded carefully and placed into a safe place to be reused (which, if we’re honest, never happens!) or they end up in the recycling bin.

Despite what you might think, paper bags actually produce more pollution during the manufacturing process than plastic bags do.

They use four times as much energy and three times the amount of water to be manufactured, and create seventy percent more air pollutants and fifty times more water pollutants than making plastic bags, according to the Northern Ireland Assembly.

Let’s not forget that we also need to cut down trees to make those paper bags, which then can’t absorb greenhouse gases.

According to figures cited here, recycling a pound of paper uses 91% more energy than a pound of plastic. This is because they undergo heavy processing including re-pulping and recycling, which requires a huge amount of hot water.

Having said that, paper bags are much more likely to get recycled than plastic bags, which puts the significance of these figures into question.

Paper bags are also around five to seven times heavier per unit than plastic bags. This means more fossil fuels are needed in their transportation and handling and therefore the same increase in greenhouse gas emissions.

Are paper bags all bad?

The truth is, paper bags aren’t entirely bad. After all, they are biodegradable, recyclable and made from a renewable resource which won’t sit in landfill for thousands of years or end up in a turtle’s stomach.

They also contain fewer toxic chemicals than plastic bags, though they’re not entirely harmless to the soil or wildlife.

Whilst paper bags might have their limitations when it comes to doing the weekly shop, they do have their uses and can be a greener alternative to those single use plastic produce bags that you’ll find in the fruit and veg section of your supermarket.

If we do take care of these paper bags and reuse them for as long as possible, they can be a more eco-friendly alternative, despite their environmental impact.

However, the most environmentally friendly option when it comes to doing your weekly shop at the supermarket will always be to use cloth reusable bags, including both smaller produce bags and larger bags.

Although these do require more energy to produce, they are significantly more durable, easy to use and have a much longer lifespan than either paper or plastic. 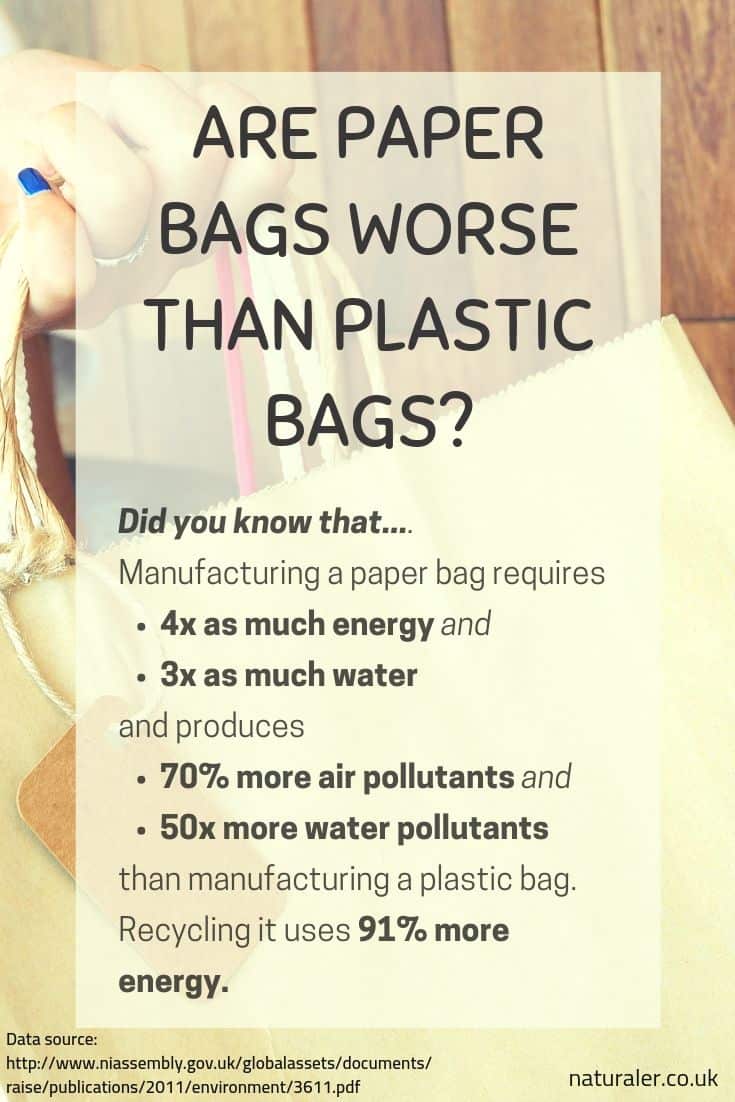 Charlotte Witts is a writer and entrepreneur who wants to show you how easy it is to live a more conscious, zero-waste lifestyle. A confirmed yoga-addict, trail runner and ocean-lover, she currently lives in the Azores where she enjoys the simple pleasures in life.