Hay fever can ruin the spring and summer months by making you feel congested, sneezy and generally unwell.

Many of us take antihistamine tablets to reduce symptoms of hay fever, but did you know there are lots of natural antihistamines and hay fever remedies that can be just as effective?

In this article, we’ll look at the most effective, science-backed natural antihistamines you can get in the UK. 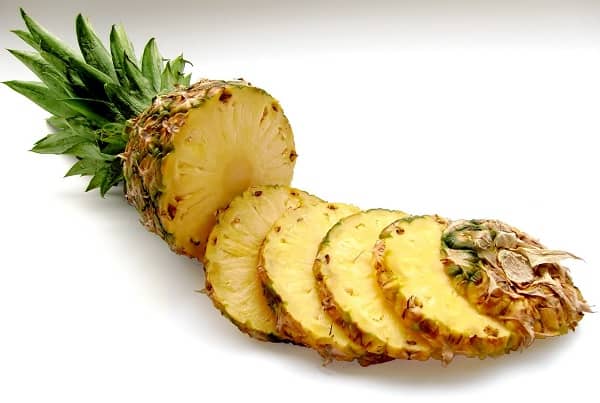 Pineapples contain an enzyme called bromelain, which is an anti-inflammatory that can help reduce inflammation in the sinuses, thereby easing hay fever symptoms.

One study on mice suggests that it reduces allergic sensitisation, which means it could reduce your allergic reaction to pollen.

You can buy bromelain on its own, or just eat fresh pineapple. It’s found throughout the whole plant, but is extracted from the stem to make supplements.

Eating pineapple will give you a boost of vitamin C, which can also help treat hay fever. 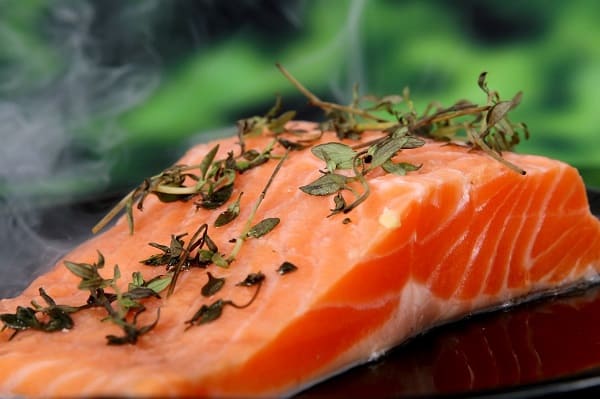 Several studies including this cross-sectional study from 2005 and this review from 2015 have concluded that consuming a diet rich in oily fish such as salmon, mackerel and sardines reduces the risk of hay fever thanks to their high content of omega-3.

It’s not just omega-3 that matters though. You should try to consume more omega-3 while consuming less omega-6 (found in foods such as sunflower oil, margarine and soybean oil).

This 2004 study found that “margarine intake and a high ratio of omega‐6 to omega‐3 fatty acids were positively associated with hay fever” in males.

Oily fish is the best source of omega-3, but there are a few vegan sources including seaweed, algae and chia seeds. 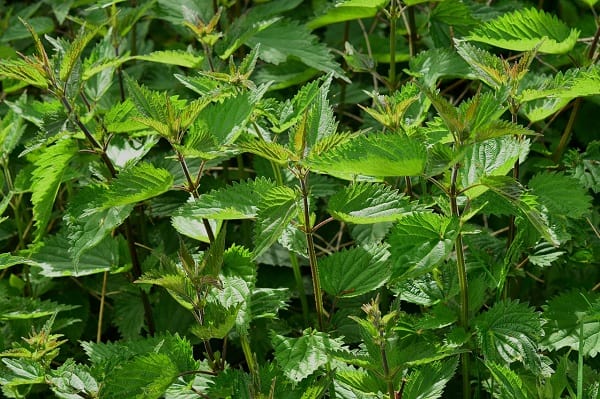 Stinging nettle might sound like a painful way to treat hay fever, but you can remove the sting by drying or cooking the leaves.

In one study on using freeze-dried nettle to treat allergic rhinitis (of which hay fever is a specific type), 58% of participants found it to be effective in relieving their symptoms, and 48% found it to be equally or more effective than previous medicines they had tried.

An interesting thing about nettle is that it works as an antihistamine despite actually containing histamine itself.

There are lots of ways to consume nettle. You can drink nettle tea, cook with nettle leaves, or buy a nettle supplement.

In 2018, a story circulated the web about a man claiming he hadn’t experienced any hay fever symptoms for three years after starting a regime of regularly stinging himself with nettles. While this may have worked, drinking nettle tea sounds like a better idea! 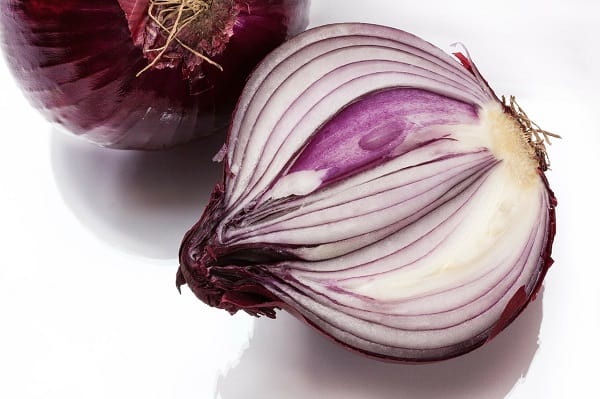 There haven’t been many studies on quercetin’s effects on hay fever in particular, but it is known to have anti-allergic properties and to stimulate the immune system, as explained in this literature review published in 2016. 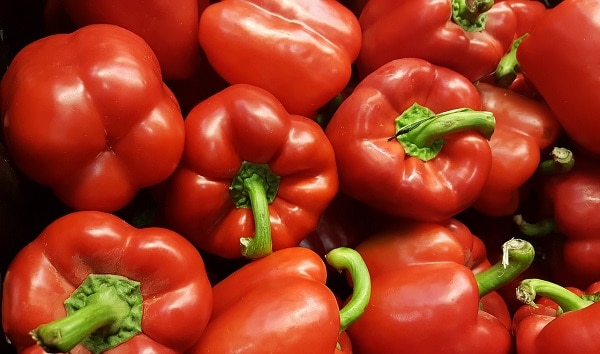 Vitamin C is an anti-inflammatory and antioxidant, so it might be effective at treating allergies such as hay fever.

This 2018 study concluded that vitamin C could be beneficial for treating allergic diseases thanks to its ability to reduce oxidative stress and inflammation.

It’s easy to get vitamin C in your diet by eating things such as red bell peppers, broccoli and spinach. It’s also found in citrus fruits, though not in as high a quantity as you might expect—a red bell pepper has about three times as much vitamin C by weight as an orange.

If you’re not sure you’re getting enough vitamin C in your diet, you can take it on its own or as part of a multivitamin.

However, there isn’t any scientific evidence to back this up.

This study from the University of Conneticut tested giving honey to hay fever sufferers and found that it wasn’t any more effective than a placebo.

However, the study was quite limited as it only had 36 participants who consumed one tablespoon of honey or a corn syrup placebo for 30 weeks. The dose might have been too low, or the study period could have been too short.

The reason why honey is unlikely to cure hay fever is that it only contains heavy flower pollen rather than lighter wind-dispersed pollen, which is what triggers most hay fever symptoms. This means that it may cure your allergy to flower pollen, but not the other more common allergens in the air.

The lack of evidence doesn’t necessarily mean eating local honey won’t help at all. Honey has lots of health benefits, especially when it’s raw and unpasteurised.

What Are Regular Antihistamine Tablets Made From?

Antihistamine tablets are produced artificially. Each type of tablet contains an active ingredient that prevents histamine from binding to its receptors or reduces histamine activity on nerves, thereby supressing the swelling and flare responses caused by histamine.

Loratadine and cetirizine are two examples of the new breed of antihistamines that are non-drowsy, unlike older antihistamines such as hydroxyzine, chlorphenamine and promethazine which would make you feel sleepy. 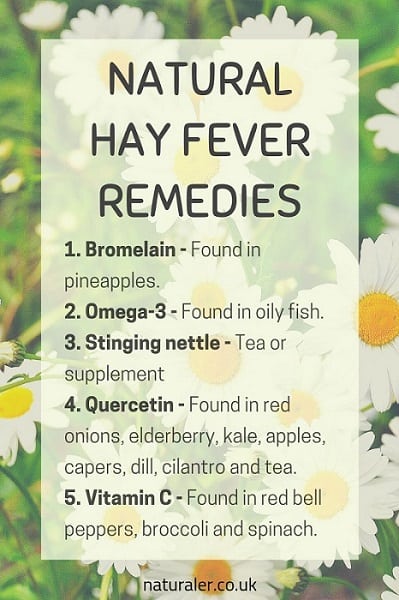