MSG, short for monosodium glutamate, is an additive found in certain foods. However, its safety has been a hotly debated topic since 1968, when one doctor reported adverse effects after eating Chinese food.

Since then, this food additive has been put under the microscope.

The health risks of MSG are heavily debated. Initial research indicated that MSG might correlate to an increased risk of obesity, metabolic disorders, and brain toxicity, whereas newer studies reported contradictory data.

The bad reputation of this substance and its potential health risk mean that many people assume MSG must be illegal in the UK, but is this true?

Is MSG Banned in the UK?

MGS is legal in the United Kingdom. As with all other food additives, MSG is only allowed if deemed safe.

Health evaluations of the compound in the UK, Europe, and internationally have concluded that MSG consumption at current levels does not present any health risks. Therefore, food brands and restaurants can continue to legally this substance in their recipes.

Are There Restrictions on MSG Use in the UK?

Despite being a legal food additive, there are certain restrictions on MSG usage in the United Kingdom.

Firstly, manufacturers can only use a certain amount of MSG in their products. This is limited to 10g of monosodium glutamate for every kilogram of food.

However, higher amounts can be used in certain foods, such as packaged seasonings and salt substitutes.

Additionally, some UK supermarkets have made their own restrictions on MSG. Take the Co-operative Group, for example. This supermarket became one of the first to ban MSG and artificial food colourings in any of its own-branded products, including sausages and crisps. Iceland and Marks & Spencer have also removed MSG from their own brand food labels.

Where MSG is included in packaged food, it is a legal requirement for this substance to be added to the ingredients list. However, beware that MSG may not be listed directly – there are several pseudonyms you might find listed instead.

If you want to avoid eating added MSG, look out for these names on the label, but remember MSG does naturally occur in some products. 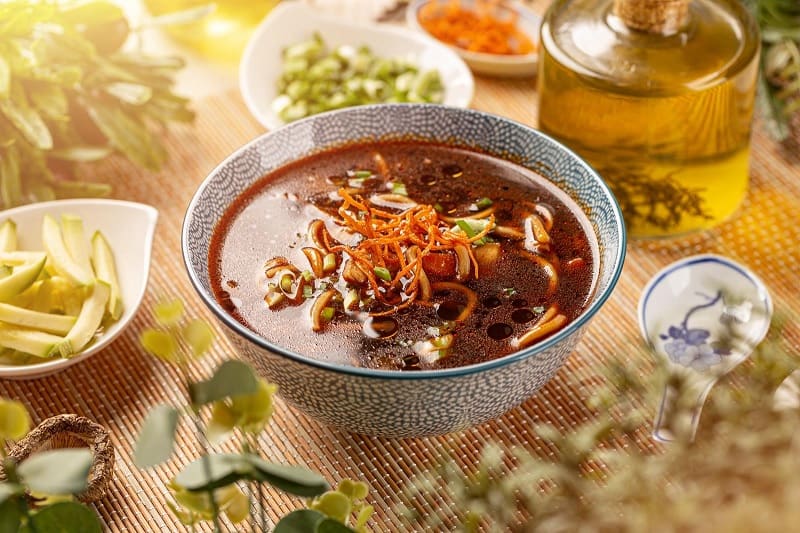 What Is Monosodium Glutamate?

MSG stands for monosodium glutamate, also known as E621 in the food industry. The compound is derived from L-glutamic acid, a non-essential amino acid that occurs naturally in some foods.

It is most commonly made by fermenting certain forms of sugar. Chemically, there is no difference between manufactured MSG and the L-glutamic acid that occurs naturally in some foods.

It is primarily used as a flavour enhancer (or food additive) and has been used for this purpose for around 100 years. This is thanks to its characteristic umami taste, which is known to increase saliva production and improve the taste of foods.

Moreover, it has been found to reduce sodium intake when used as a replacement for salt, another common flavour enhancer. With its distinct umami taste, MSG is also called for in many Asian recipes.