We only have one planet, and it’s in deep trouble.

The Amazon Rainforest is being cut down, the oceans are filling up with plastic and the climate changing rapidly.

What can we do about it?

In this guide, we’ll look at the impact we’re having on the environment and the different things we can do to reduce it.

How Do Humans Affect the Environment?

In order to be more eco-friendly, we need to understand how we’re polluting the planet in the first place. 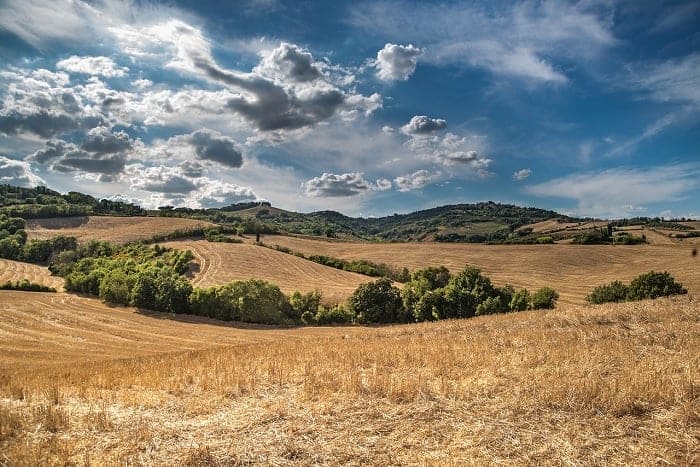 Agriculture and fishing are affecting the environment in a number of ways:

Agriculture merely produces the raw materials which are then processed and packaged before ending up in our supermarkets and clothing shops. These next steps produce even more pollution. 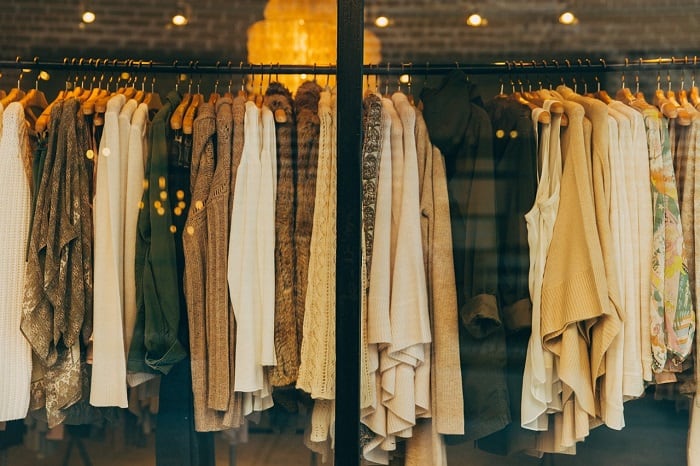 The fashion industry is thought to account for 10% of global carbon emissions (source), making it the second biggest industrial polluter after the oil industry.

A lot of our clothes are actually made indirectly from oil. Synthetic fibres such as nylon and synthetic polyesters are plastics derived from oil, and take hundreds of years to degrade.

While all clothing manufacturing involves some pollution, the ‘fast fashion’ approach is particularly bad for the planet. This refers to brands that churn out new designs constantly at low prices, encouraging consumers to keep buying new clothes and throwing away older items.

Here are a few of the ways the fashion industry affects the environment: 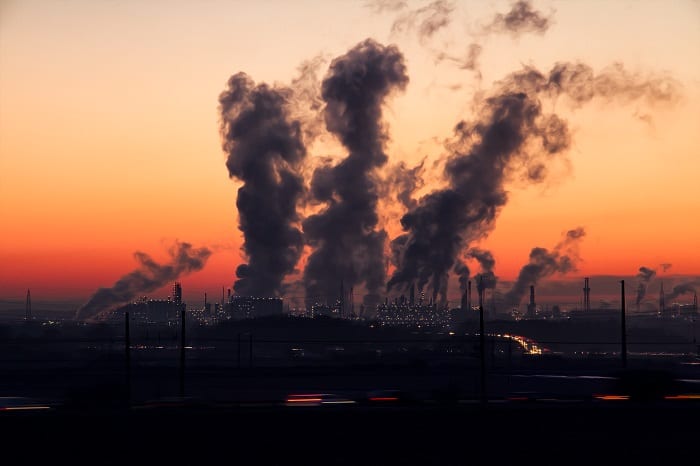 Energy production is one of the most obvious sources of pollution.

Alternatives to fossil fuels can also have an environmental impact. Biofuels require land which is either acquired through deforestation or by converting land formerly used to grow food.

Growing biofuels can also involve pesticides and fertilisers that affect soil quality and contaminate nearby rivers. 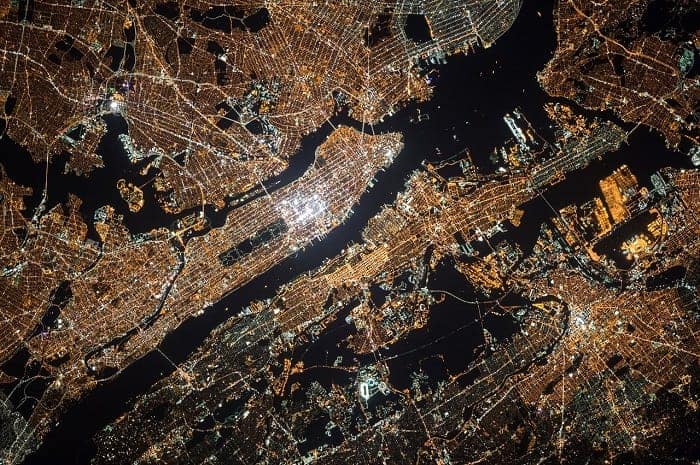 Light pollution is an often-overlooked form of pollution that is having an effect of all kinds of wildlife as well as affecting our physical and mental health.

Many insects such as dragonflies and moths are fatally attracted to artificial lights. The effect of artificial light on these populations has a knock-on effect in the rest of the ecosystems. 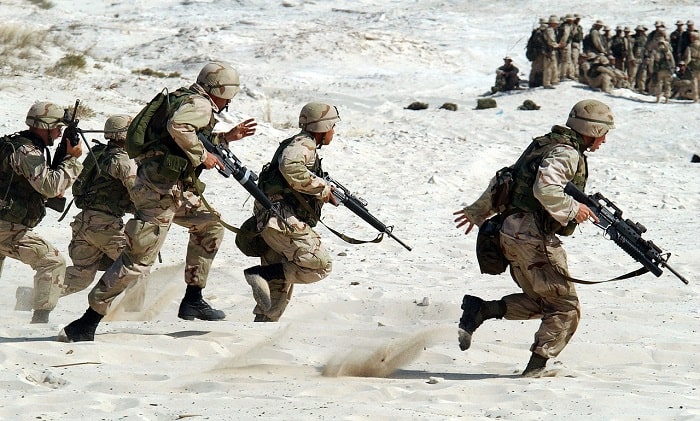 The US military is the world’s biggest polluter, and would be the 47th biggest producer of greenhouse gases if it were a country (source). The US isn’t the only culprit of course, it just happens to have the biggest military budget.

Some of the ways military activity affects the environment include the following: 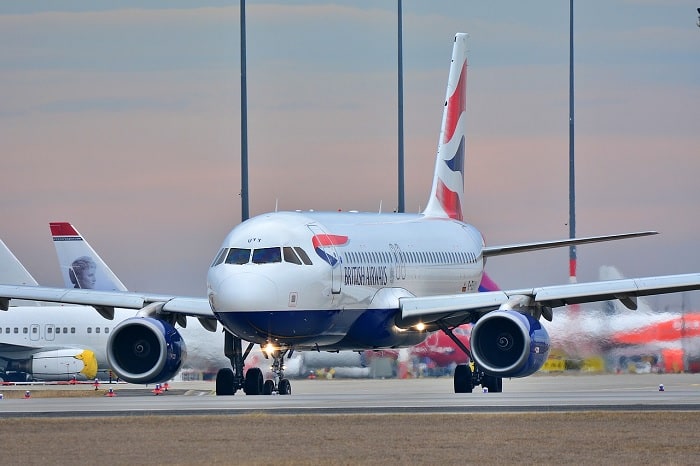 Transport is the biggest user of petroleum and the biggest source of greenhouse gas emissions in the US (source). We can assume that it’s also the biggest in the UK and Europe.

Flying is generally the most polluting form of transport, though long-haul flights on full-capacity planes are similar to travelling by car per mile travelled.

While some progress has been made at making cars more environmentally friendly, air travel is expected to double over the next 20 years (source), so greenhouse gas emissions from this sector will continue to grow unless new technology is developed.

How to Be More Eco-Friendly

Here are some practical ways to be more eco-friendly.

Have you heard of the “5 R’s of sustainability”?

These five actions are a good starting point for living a more eco-friendly lifestyle.

One of the best ways to be more eco-friendly is to simply consume less. You can do this by not buying things you don’t really need, and reusing what you already own.

Plastic pollution is one of the biggest crises facing the planet.

The world’s oceans, air and soil are becoming poisoned by plastic waste.

Reducing plastic waste is a big topic that we’ve explored in depth in our guide to using less plastic.

While it’s almost impossible to avoid plastic altogether and go fully zero waste, there are lots of changes we can make to use less plastic in our everyday lives.

To get started, here are some things you might want to invest in:

Organic food is grown without the use artificial pesticides and herbicides, which are harmful to both wildlife and humans.

This post from Our World in Data compares the effects of organic and non-organic farming across a range of metrics. The data cited shows that organic produce is sometimes worse for the environment than non-organic produce.

For certain foods such as pulses and fruits it is significantly better to choose organic, while for other foods such as meats there isn’t much of a difference.

According to the Environmental Working Group, lamb and beef result in the most greenhouse gas emissions. Next in the list are cheese, pork, farmed salmon, turkey and canned tuna.

Producing 1 kilogram of lamb or beef results in several times the CO2 emissions of a kilogram of fruit or vegetables.

If everyone limited the amount of lamb and beef they consumed, there would be a real and immediate impact on total carbon emissions associated with agriculture.

The University of Cambridge said in 2019 that they had cut their food-related carbon emissions by a third since removing beef and lamb from menus in 2016 (source).

5. Get your groceries delivered weekly

Getting your groceries delivered weekly could be significantly more eco-friendly (and convenient) than making multiple car trips to the supermarket yourself throughout the week.

You could also sign up for an organic fruit and veg delivery box scheme, such as those offered by Abel & Cole and Riverford.

6. Grow your own food, forage and eat seasonally

By far the most eco-friendly way to feed yourself is to simply grow your own food.

Few of us have the time, space and knowhow to grow all of our own food, but just planting a small grocery patch could have quite a big impact on your carbon footprint over a few years.

If you live in a flat, you can grow some fruits and vegetables indoors, including lettuce, carrots and herbs.

As well as growing your own food, another cheap and eco-friendly way to feed yourself is through foraging.

See the Woodland Trust’s guide to foraging for information about what you can find during each month of the year and tips on foraging sustainably.

Growing your own food and foraging both encourage you to eat seasonally, which is another great way to help the environment. By eating what’s in season where you live (see our seasonal food chart here), your food won’t need to be shipped halfway across the world.

Iceland’s Christmas advert highlighting the effects of palm oil production on deforestation in Malaysia and Indonesia caused a stir in 2018 when it was apparently banned for being too political.

Large areas of tropical forest across the world have been cleared to make way for palm trees used to produce palm oil. This has destroyed the habitats of several endangered species, including orangutans.

However, some of the alternatives to palm oil are even worse, so choosing palm oil free products isn’t always the most environmentally friendly choice.

Palm oil production is actually quite an efficient use of land. You can produce more palm oil per hectare than soybean oil or coconut oil, so swapping palm oil for these alternatives could result in more deforestation.

Ecosia is a search engine that works a lot like Google. The difference is that Ecosia donates at least 80% of advertising revenue to non-profit organisations working on reforestation.

According to their website, Ecosia has been responsible for funding the planting of over 67 million trees.

The company is very transparent, and publish detailed reports of their income and how they have invested earnings into tree planting.

Using Ecosia is one of the easiest ways to help the environment.

Walking and cycling are by far the most eco-friendly ways to get about. Walking or cycling instead of driving is a good way to help the environment while keeping fit.

If you need to go somewhere by car, consider car sharing. You could arrange to take a colleague or two to work, or use apps such as Blablacar to share with strangers on long journeys.

10. Switch to a renewable energy provider

Renewable energy now makes up about a third of the UK’s power generation (source), and it’s easier than ever to get your home powered by renewable energy.

Some of the UK’s biggest renewable energy providers include:

Also, check out these eco-friendly ways to heat your home.

Fashion is one of the world’s most polluting industries.

Here are some tips for buying more eco-friendly clothes:

Dishwashers can use a quarter of the water you’d use to wash things by hand.

Of course, this depends partly on your style of washing up. If you keep the tap running while hand-washing dishes, a dishwasher would be much more efficient.

When it comes to electricity usage, the advantages of dishwashers aren’t so clear. If you have a renewable energy provider it’s quite eco-friendly to use a dishwasher, but if not, hand-washing might be better.

If you use a dishwasher, check out these eco-friendly dishwasher detergents.

If you have a garden, you can help your local bee population by letting at least part of it grow wild like a meadow. You can also plant bee-friendly herbs and flowers and avoiding the use of pesticides.

Challenges of Being Eco-Friendly

One of the things we’ve stressed in this guide is that when it comes to being environmentally friendly, there are few simple answers.

Being eco-friendly is rarely straightforward. Plastic-free and zero-waste options are often environmentally damaging in other ways, as are alternatives to controversial materials such as palm oil.

Trying to be eco-friendly can also be very time-consuming, expensive and inconvenient. Even if you spent all your time and money trying to be environmentally friendly, you’d still end up polluting the environment in some way.

Therefore, we shouldn’t feel guilty about not being perfect.

When Does Being Eco-Conscious Go Too Far?

There’s no such thing as being “too eco-friendly”.

However, the pursuit of eco-friendliness can leave us feeling depressed and despondent about the environment.

Speaking to the Radio Times in 2013, David Attenborough described humans as a “plague on Earth”. This is quite a bleak way to see things, even if it is based on the practical realities of the planet’s limited resources.

It’s important to try to care for the planet without depreciating the value of our own species or succumbing to ‘eco-anxiety’.